Get Paid to Binge Watch TV as a Tagger At Netflix.

Believe it. Your Dream Job Exists. 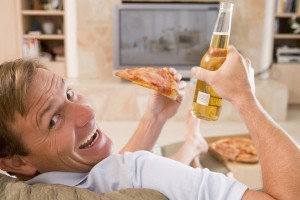 Unfortunately, this is a tough gig to land. There are only 40 Netflix “taggers” in the world right now and currently no openings.

What does a Tagger do? They screen programming and choose from over 1,000 tags to describe and categorize the thousands of films and TV series offered by Netflix to viewers around the world. These tags, in turn, provide viewers with suggestions and recommendations.

Who is qualified? According to an Irish website, the Billfold, The Netflix Tagger job ad states that they’re looking for qualified candidates “as evidenced by a degree in film or film history and/or experience directing, screening writing or film making. Applicants with analysis experience (e.g. as a critic or work in development) would also be well suited.”

If this job is YOUR dream job, keep checking Netflix for openings!