Over 50, Female and Jobless, Even as Others Return to Work 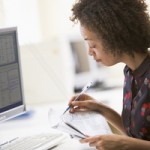 Editors Note: Patricia Cohen, New York Times Writer, chronicles the downward spiral of women job hunters in the last decade from findings revealed in a new study on long-term unemployment from the Federal Reserve Bank of St. Louis. Ten years ago, less than 25% of the unemployed women remained out of work for more than 6 months. From 2012-2013, the unemployed women comprised 50% of the long-term unemployment rate. Ms. Cohen details the plight of Chettie Mcafee who was laid off from her job after 30 years. She is still looking for a job.

At 5 percent, the jobless rate may be close to what economists consider full employment, but that headline figure doesn’t capture the challenges still facing millions of Americans who have yet to regain their footing in the workplace….

McAfee is part of a group that has found the post-recession landscape particularly difficult to navigate: women over 50.