What’s Wrong With Your Resume?

From the desk of Lawrence M. Light,  Creator of eJobCoach.com. 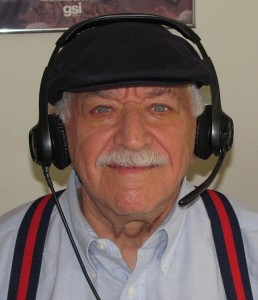 Since this is my first post as a Guest Contributor to Interns Over 40, I thought it appropriate to start off with what is undoubtably the most important thing to understand as a job-hunter in this terrible economic time, with too many people (who are often as qualified as you) going after a job.

How’s this for odds?  Thirty out of three hundred.  And of those thirty, maybe five will be selected.  And of those five, only one, perhaps two (the second as a “back up”) will be finalists. There’s only one winner, folks, and the first prize is, you guessed it, the job being offered.

I’m making a generalization here, of course, and my figures may be off if you’re a stickler, but in this job market, even though the tempo may have picked up slightly in the last few months, those are the kinds of figures HR personnel and recruiters report as seeing regularly when a job is advertised as being open.  What this means, of course, is that it’s still a very, very, very competitive world out there and anyone who applies for a job from a monster.com-lookalike or a newspaper ad is facing stiff competition.

All of which leads me to the topic of the month, which is that most resumes don’t work hard enough to ensure that the job-seeker is included in the dreadful “first cut.”

You see I believe that the ideal resume is NOT one that basically says “I am as good as anybody else”and “I have the experience you want.”  That may possibly get you into the “first cut” of the thirty individuals who are selected, and I emphasize the word “may” here because, in such a competitive world, it is possible that they may pick the first thirty, all of whom say “I am as good as anybody else”and “I have the experience you want” in their resumes, and then get tired because there are forty, or fifty, or even sixty who have these characteristics.  So the thirty-first and all the others that are as good just don’t get picked.  After all, thirty is a good round number and to sort through them to winnow it down to find the five to bring in for an interview is a fair amount of work.  Five interviews are also actually quite a lot of work when you think about it, in this busy world in which employers are asking each person to shoulder more than their share of work.

Yet that is the type of resume I see, more often than not.  It lists what the applicant has done and, if it lists a few achievements here and there, it is still comes across as muted, monochromatic, rather lifeless and certainly not anything like the kind of document it needs to be to galvanize the reader to really, really want to see them, speak to them about what they did and how it can help at the company with the open job.  I see these factual, job-description monochromatic type of resumes with awesome regularity and they’re very clear, very succinctly written, as if the world were the same as it was twenty years ago.

No, I believe there’s a better way and it is based on the idea that the ideal resume is one that basically says “I am much better than anybody else” and “I have the experience you want and have put it to great use for my prior employers.”  Think about it.  Which person would you, if you were the person doing the screening for the hiring, choose?

Now a funny thing happens when you lay this philosophy on the table.  People get scared.  They immediately say, “I haven’t had anything like that kind of experience and I couldn’t possibly claim that I’m exceptional.”  They don’t believe in tooting their own horn; they really want an “objective”, flat job description type of resume.

I don’t mean to imply that anyone needs to lie about what they’ve done.  But, after some digging, I usually find that the people I’m talking to have indeed made a substantial contribution to the companies they’ve worked for; they just never thought much about it, or they tend to minimize it.  And, believe me, in my work, sometimes it does feel like digging during an initial session when we’re building a resume.  (But I like to do that kind of work, obviously.)

That’s why I’ve come to believe that most people can’t write a “Killer” resume for themselves.  They’re just too close to the subject-matter to be objective.  And, more often than not, they’ve been taught not to brag or trumpet their accomplishments.  It’s actually painful for them to write a “Killer” resume, I’ve found.

So, if I may be so bold as to ask you to step back, and look at your resume, to see if it does indeed say,“I am much better than anybody else” and “I have the experience you want and have put it to great use for my prior employers.”  If it does, bravo!  If not, back to the drawing board!

Learn More :Get A Free Resume Review and Phone Consult

2 comments for “What’s Wrong With Your Resume?”