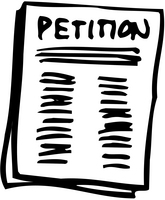 If you are over 40 you want to take a moment and read this.

Have Your Voice Heard:The Petition Summary:

“This petition is a crucial step in ending age discrimination in the work place and in America, and convincing the United States Congress that such legislation is in the best interest of all of the American people and needed immediately .This petition address the core issue, that of age discrimination which drives many serious cyclical age and unemployment bias and unjust hiring practices.

It is our purpose to end age discrimination in the work place, from companies, employment and, staffing agencies regarding practices such as unemployed bias in job ads, the interview process, unemployed status, bad credit bias and that toward extending unemployment benefits for those without work for more than six months.

Federal legislation is needed that would provide age discrimination protection to workers age forty and older like that provided for race, gender, national origin and religion in civil rights law.

It has come to a point where numerical standard mandated by Federal law is justified and legislation establishing such is put into law.

Such a law would mandate companies with 40 or more employees implement numerical, documented verification standards requiring that a set number (1 in 5) employees in their
work force is composed of individuals between the age of forty and sixty-five years of age.

Special tax credits will be allowed to all companies who hire an individual who has been unemployed six months or more without prejudice to credit ratings or unemployment status.

The “2011 Fair Playing Field Act to protect All American Workers Against Age discrimination” Federal legislation establishing numerical standards mandated by Federal law is good for America , its workers, the economy, substantially decreases unemployment benefit costs and provides a fairer playing field for American workers throughout the duration of their work life-careers. ”