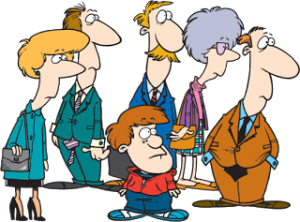 Editors Note: A recent article in the San Diego Union-Tribune takes a look at several different studies to examine the current state of the job market for the older worker.The results are not surprising.

New research by the Center for Retirement Research at Boston College found that the jobs that favor older workers tend to pay 6-12 percent less than those that favor younger workers.

Urban Institute research revealed that from 2008-2012, workers age 62+ with a college degree had less than a 50% chance of finding work even after two years of actively looking. For the same age group without a college degree, the chances fell to 35 percent.

There are several reasons you might see more older workers in the labor force today compared with previous generations. Fewer have pensions. Many had their finances severely damaged during the recession. People are living longer and healthier lives, and work is less physically demanding than it used to be. Additionally, the extension of unemployment benefits created an incentive for people who otherwise would have retired to continue looking for work.