You are never too old to set another goal or to dream a new dream.~C.S. Lewis 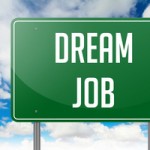 A Gallup survey has recently revealed that baby boomers are one of the fast-growing groups of entrepreneurs in the U.S who plan to start new ventures in the next year. One quarter of new entrepreneurs today are between the ages of 55-63, and they out number millennials two to one. They are making this choice not only as a means of increasing their income, but also as a way to pursue lifelong dreams and passions. Editor’s Note.

At an age when they’re supposed to be considering retirement, baby boomers are gambling on new ventures.

“Boomers surveyed by Gallup described their entrepreneurship as a lifestyle choice they hoped would allow them to work more independently, pursue their passions, or increase their incomes.

All three happened for Jim Donvan after he opened Firefly Moon, his Arlington Heights gift shop and gallery, with Sue Thompson, his best friend since college…He and Thompson, both Arlington residents had long toyed with the idea of starting a business together…  By coincidence, the same year Donvan’s life turned upside down, health issues left Thompson feeling that she “coudn’t quite keep up with the Harvard thing.”

Then,” says Donvan, “I saw that this commercial spot had opened up her in the Heights and I thought if I wait much longer I’m going to run out of time.” He signed the lease and went to work… Now four years in – despite a few wrong turns with the inventory and a couple of years of taking no salaries – he and Thompson are making it work and are happier than ever. “When I was at Harvard I put in 35 hours a week and it felt like 80,” Donvan says. “Now I do 60 and fee like I don’t work.”