Home » Age Bias » So How Old Are You? Things You Can/Can’t Do About Age Bias:

So How Old Are You? Things You Can/Can’t Do About Age Bias: 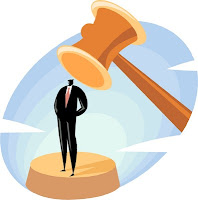 You’re in the middle of a job interview and the recruiter or prospective employer asks “How old are you?

What do you think when you read this scenario? Let me guess that you are probably caught off guard and thoughts are racing through your head. “Can they really ask me that?” you wonder.

If you are like the majority of age 50+ job seekers, I’ll wager you answered yourself with a resounding, “No.”And asserting that, you would be wrong.While it may fly in the face of what you know about the Age Discrimination in Employment Act (ADEA) and on top of that be outright rude, the question itself is legal.You should know before an interview how you’ll react and what you’ll say when asked about your age. Much of what we believe we know about age discrimination is vague and ambiguous. That’s bad news for age 50+ workers. Our opinions about age bias can influence our behavior during a job search and after we become employed. While it’s important to understand the principles of age-discrimination law, it is more important to figure out how to deal with it out in the world.Age bias in hiring and employment may be the last socially acceptable form of discrimination. While the ADEA makes age-based discrimination in hiring, pay, benefits, training, advancement, and termination illegal, many people over the age of 50, and increasingly older than 40
believe that age bias still exists and affects them.Research from two recent studies conducted by RetirementJobs.com and AARP confirms that between 80 and 95 percent of people over age 50 believe that “age bias is a fact of life.” The published statistics about actual age-discrimination claims, however, don’t support common perceptions about the extent and power of age bias. All this is not to minimize concerns about age bias. I want you to think about what you can and cannot do about the reality, or self-fulfilling perceptions, of perceived age bias.Here are five things you can’t do about discriminatory employer behavior or decisions:Read Part 2 Of Article Here.

6 comments for “So How Old Are You? Things You Can/Can’t Do About Age Bias:”